In 1998, I was working as a primary school teacher in Bristol and decided to have an Easter break on the west coast of Mexico. The friendly Mexican people, gorgeous sunshine and warm waves of the Pacific made for a fantastic holiday.

One evening I found myself in a bar, looking out over the ocean as pelicans flew across the path of the setting sun. My new friend Vicente Pena was laughing at my awful Spanish and suggested we continued the conversation in English. My pride was a bit dented but the conversation was interesting as he explained the work he was doing with the rubbish dump community. His description of poverty was in sharp contrast to the bohemian bar, rustic artwork and comforts of my immediate surroundings.Vicente was persuasive and the following morning the pair of us walked through the cobbled streets of Puerto Vallarta and past the house where Richard Burton and Elizabeth Taylor lived in the 1960s. We strolled through the neighbourhood of freshly white washed houses gleaming in the sunshine enjoying the smells of the taco stalls and sounds of street vendors selling their various wares.

After a while we turned a corner. Dramatically, the sounds, smells and even the light diminished in quality and became an uncomfortable cocktail of pollution, dirt and poverty. But then it hit me.It gradually became apparent that what had appeared to be only a feature in the distance was a massive sprawling rubbish dump. At first my eyes only saw the waste moving gently in the warm http://www.somertoncomuting.co.usunshine, the dull yellows, ochres and reds faded by the ferocious sun. But I soon realised that the moving rubbish was hundreds of people. As we walked closer and my eyes grew accustomed to the awkward light I realised that the fluttering rubbish was in fact children and families as they picked their way through the mounds of plastic, broken glass and waste, looking for items that could be sold for a few pesos at the recycling centres.

They were filthy. Their eyes filled with the hunger of poverty. In particular I remember a young girl staring at me with huge brown eyes. In spite of the dirt glued to her face she was beautiful and seemed to radiate strength. I took a photograph and walked away. As I did this a large car full of tourists drove past, the rear windows lowered, lenses appeared and further pictures were taken before the car disappeared in a cloud of dust.

I suddenly felt ashamed at my own voyeurism. I also realised that my life had just changed. By the end of the year I was organising groups of British volunteers to travel to Mexico and support the families of the dump. At first we supplied them with drinkable water and food donated by the restaurants. We then raised some money and built a small school for the children. As the years went by their desperation was reduced and the idea of supplying volunteers to help teach arts and crafts to children was mooted.

From that, an organisation started to grow, helping people in projects across the country. And then in Sri Lanka, Cambodia and half a dozen other places. Not just via art, but conservation, medicine and in all kinds of areas. It became a general volunteering organisation.

‘Good’ you might think, but over time that in itself became an issue. There are now too many general, corporate-type volunteering companies, and the necessary effort and expertise gets dissipated when you try to do too much in too many different ways, while the personal touch is lost.

So I decided it was time to go back to the original ethos, and to start something new. A charity specialising just in art-based projects and in a limited number of countries. And that’s how GapArt was founded.

Today, we still work with children just like that little girl who moved me so much on that rubbish dump all those years ago. Volunteering like this really does make a difference to them and their communities. But it can also change your life. It certainly changed mine. 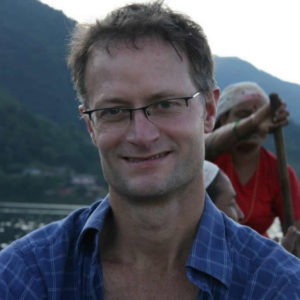 Having studied anthropology at university I worked overseas on several research and development projects. Realising the importance of education as a part of many development initiatives I qualified as a teacher in 1988. The following year I was invited to become a Fellow of the Royal Geographical Society. In 1999 I founded a successful Gap organisation that was responsible for nearly 3000 international placements.

It became increasingly clear that art and art therapy could be powerful tools in crossing cultural barriers and forging bridges. On the strength of this GapArt has been created. It offers artists a great opportunity to benefit disadvantaged communities in carefully considered projects that draw on many years of international experience. 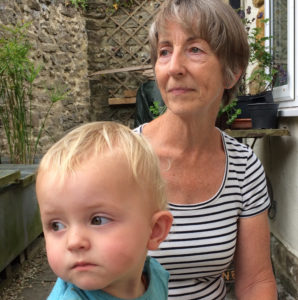 I have several years of volunteering experience from helping with local events and organisations, being a school governor and a memorable three months volunteering in Quito, Ecuador.

I consider that art in all its forms can play a vital part in an individual’s well being which is why GapArt offers the opportunity to really make a difference in people’s lives.

International projects offer the volunteer the chance to live and work within the communities they are supporting; providing the individual with unique experiences of different countries and cultures.

At the age of 18 my daughter volunteered overseas and her experiences left me with a desire to do something similar. Early retirement followed and I soon found myself volunteering with street children in South America and later working with autistic children in the UK. I have also been assisting James Chapman with his eye opening initiatives for volunteers wishing to help overseas.

During this time I’ve been privileged enough to spend time on projects with disadvantaged communities in Ecuador, Sri Lanka and Cambodia. Of the many projects visited I became increasingly aware of the value of art. GapArt initiatives assist with the education of the volunteer and also create opportunities for those who are part of it. An amazing example is the Cambodian Textile Project details of which may be found on the Cambodian project page.

GapArt is opening up doors to so many people, both overseas and also for artists in this country.